Weighing Money Vs Counting Money: Which is the Better Option?

There are two options when it comes to counting large sums of money. The first option is to use a friction currency counter the second option is using coin and currency scales. Below we have provided some information to help you decide which system might be right for you. 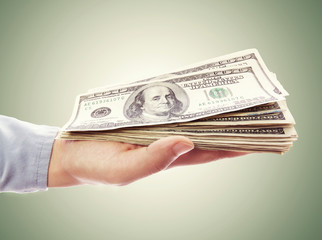 Friction currency counters are machines which count only paper money. If you opt for this type of currency counter, you will also need to procure a coin counter or count your coins by hand which can be time-consuming and highly inaccurate.

While many businesses use friction currency counters, they do come with a few drawbacks. Friction counters rely on moving parts to count banknotes. These moving parts can be noisy and are susceptible to breakage which can mean costly repairs and downtime for the machine.

Additionally, if you are counting damp, dirty, or new bills that have a tendency to stick together, friction counters can lead to inaccuracies as these types of bills are harder to count. Lastly, friction counters are heavy. In fact, they can weigh up to three or four times as much as coin and currency scales.

How Do Coin and Currency Scales Work?

Coin and currency scales have detailed databases of weights for every supported currency and each denomination within that currency. When money is placed on the scale, the machine uses specially calibrated load cells to weigh the coins and currency all at one time. The machine uses the information from both the load cells and the currency database to quickly and accurately calculate the number of items it is weighing and the monetary value of those items.

Benefits of Count by Weight Coin and Currency Scales

Both of these scales would be a fabulous addition to your home or office. Here are some of the trademark features that you can enjoy with a Tellermate:

If you would like to see a Tellermate coin and currency scale in action visit: https://youtu.be/QWx08ySG9F0

As always if you have any questions about our products give us a call at 800-359-0364. We would be happy to answer your questions and help you find the best solution for your business needs.